Is GameStop stock being manipulated? 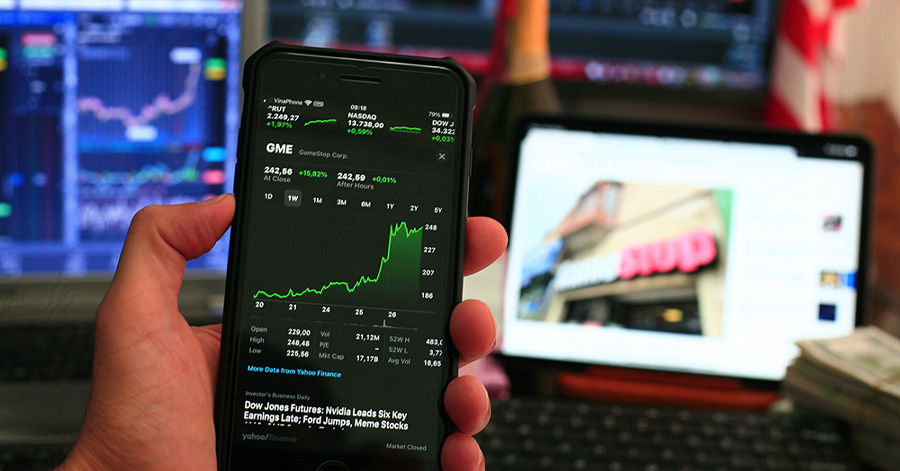 Like many retailers, GameStop, has been adversely affected by the COVID-19 pandemic and changing consumer behavior. As a result, the ailing chain of video game retail stores has troubling business fundamentals. Consequentially, several Wall Street hedge funds “shorted” the GameStop stock.

Effectively, this meant they were betting the company’s stock would fall. For the professional investors at the firms, it seemed like business as usual. However, this particular result would prove to be anything but ordinary.

GameStop Stock On the Rise

GameStop shares have increased in value at a historical rate. From a stock that cost only $6 a few months ago to one that cost $469 at one point last week. Which begs the question, “How did this happen in the first place?”

In reality, the answer is surprising. Namely, amateur traders on the WallStreetBets forum at Reddit.com decided to invest in the company. Surprisingly, their reasons were a complex combination. In the first place, they wanted to make money together. Secondly, they wanted to “stick it” to the hedge funds. And finally, some where just fans of the retailer GameStop. The result of their activities attracted even more amateur investors, driving the stock price soaring.

Now, the SEC is investigating while the story is still unfolding. In fact, no one knows how this saga will end. Meanwhile, local news stations are just looking to explain the whole fiasco to the public.

On January 15, 2021, Zach Martin interviewed Dr. Ted Bolema, Executive Director of the Institute for the Study of Economic Growth (ISEG), on air for a KNS TV News report on GameStop and Reddit stock manipulations. Dr. Bolema was again interviewed in follow-up report on January 27.

Bolema compares this surge from individual investors to punk rock’s impact on the music industry in the 1980s.

“There is sort of a rebelliousness behind all of this that is really interesting,” he explained. Watch the appearance below or at KSN News.